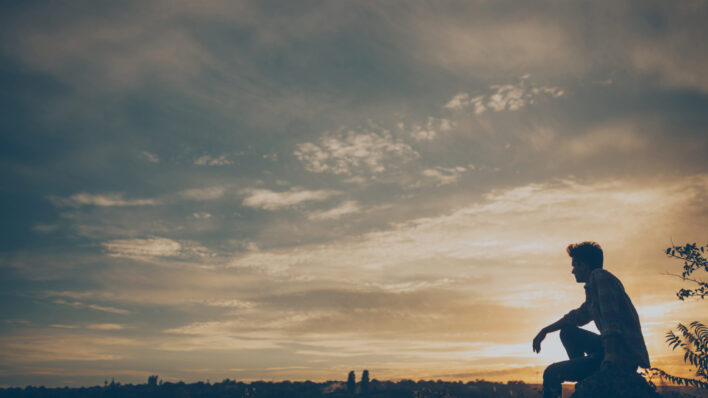 During my last year of drama school my class was paid a visit by a gentleman asked to speak about
By Nick Maccarone    November 21, 2017

During my last year of drama school my class was paid a visit by a gentleman asked to speak about the business of acting. I remember all 17 of us sitting at full attention, furiously jotting notes in an effort to soak up as much as we could on how to break into the fiercely competitive world of storytelling. And though I appreciated what the seasoned casting director had to say, there was a part of me that thought it all a bit silly.

For three years all I cared about was improving my craft as an actor. The notion of having to network or invest in business cards wasn’t even on my radar. My concerns rarely went beyond memorizing a Shakespeare sonnet or scrounging for rehearsal space. All I wanted to do was act, and if possible, get paid to do so. I figured talent and hard work were enough to thrive in this industry. I believed with the right focus and preparation I could simply will my way to the top.

But just two years after that workshop I found myself sitting on a park bench in a complete daze. I felt like I’d been sucker punched.

“We’ve decided to no longer represent you,” the voice on the other end said. “But good luck.” If there’s anything I’ve learned in pursuing an extraordinarily difficult dream and now entrepreneurship, it’s that your “why” must be sound, your “how” flexible, and your sense of self-awareness heightened.

I later realized one of the reasons I’d been let go was because I had failed to cultivate a business mindset. Sitting by the phone for the perfect part to magically land in my lap apparently wasn’t enough. I needed to up my game.

Opportunity comes to those who mobilize

Much as changed since that spring afternoon. Today, I no longer wait for opportunities but mobilize to create them. I also understand the importance of diversifying one’s knowledge in their chosen field. I have learned to leverage my strengths while being a shrewd judge of my shortcomings. And in the process, I’ve even grown to appreciate those weaknesses.

In other words, my understanding of the value of emotional intelligence has liberated me while making the work more enjoyable.

You don’t have to be great at everything

The truth is you’re not going to be good at everything, and that’s okay. I once asked by an exasperated supervisor if I was “sent by the enemy,” when I failed yet again to grasp the system at the homeless shelter he ran. Being moved by rousing speeches and fascinated by the world of foreign policy didn’t mean I was cut out for politics, as I learned during an internship in my mid-30s. And you can bet the cost of a ballpark beer that I’ll never hit a baseball out of the Oakland Coliseum.

READ: Know Thyself: Why Self-Awareness Is the Starting Point for Your Goals

Today I’m okay with those realities, while just a few years ago any talk of limitations would have compelled me to work harder. I choose to focus on my strengths, while learning the skills needed to grow both personally and professionally. As a result, my efforts have become more deliberate and focused.

Today, it’s so tempting to believe our trajectories must be congruent with the ones getting all the headlines. Spend a few minutes on any social media platform and it’s nearly impossible to sidestep news of the next billion-dollar start-up or rocket launch, which seem designed to make you feel like you aren’t working hard enough.

But wanting to emulate someone’s journey because of the notoriety it draws isn’t enough. If there’s anything I’ve learned in pursuing an extraordinarily difficult dream and now entrepreneurship, it’s that your “why” must be sound, your “how” flexible, and your sense of self-awareness heightened.

READ: Mind the Comparison Trap: Why Life’s Race Is Only Against Yourself

Unfortunately, it’s not hip to admit we’re not brilliant at everything. We’re led to believe failure should be avoided at all costs and that if we can’t be great at something it’s not worth pursuing. But the truth is there is profound courage in vulnerability. The ability to look within and assess how we can best make an impact requires a rare kind of honest introspection. And knowing ourselves helps us better understand how to leverage our gifts to create more value for others. The tricky part is trying to figure out just how to do that.

Failure is wisdom masquerading as discouragement

In an interview with Larry King, serial entrepreneur and speaker Gary Vaynerchuk was asked how one learns self-awareness. “I don’t know,” he said. “But I know it’s damn important.” So, if one can’t be taught how to best assess their strengths and take ownership of their weaknesses, what do we do?

In my experience, the key has been learning to fall in love with failure. What I learned in an industry where you’re told “No” virtually 99% of the time is that not getting what you want is not a testament to your self-worth or even your talent. It’s merely feedback; another tool to assess where you are and where you need to be.

If you can hone the ability to not take failure personally, it can work in your favor. First, it can be a stepping-stone to building resilience and in the process a singular type of character. One learns to not take exclusion as a character flaw, or worse, let it inhibit forward progress.

Second, massive failure can help clarify a new path you may have never considered or even realized you were equipped to take. My acting career might not have panned out exactly as planned, but being trained in the art of storytelling has supplied me with the tools to share my message through writing, speaking, and consulting. But I would have never made the shift if my thinking had been inflexible or if I hadn’t been attentive to my sense of self.

Allow your curiosity to be constantly piqued, particularly when it comes to your self. And though it would take several lifetimes to simply scratch the surface of what makes us whole, it is still a noble and worthy pursuit. Recognizing our limitations is key, but through trial and error we may even discover that we’re not as limited as we thought, especially in arenas we have yet to consider. We all have something of value to contribute, and no matter how long it takes to find, it’s worth striving for.