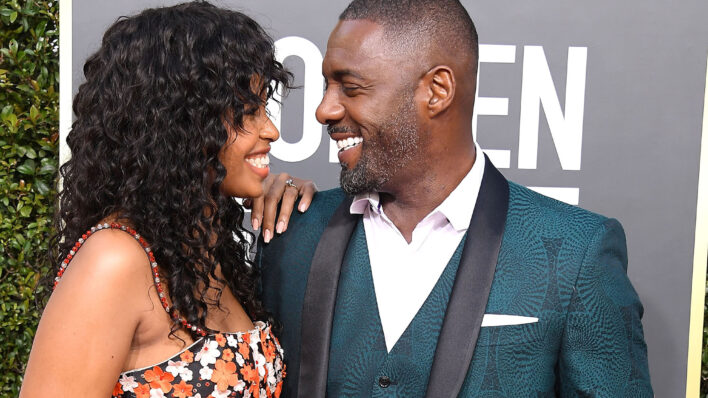 How Idris Elba and Sabrina Dhowre’s Love Broke Their Rules

Welcome to #RelationshipGoals, where we’re giving the stage to the power couples we admire. From admirable long-term relationships to inspirational
By Barbara Pavone    July 12, 2019

Welcome to #RelationshipGoals, where we’re giving the stage to the power couples we admire. From admirable long-term relationships to inspirational

He’s an award-winning actor from London, England. She’s a beauty queen who was crowned Miss Vancouver in 2014 and calls Canada home.

Despite the unlikelihood of them crossing paths, Idris Elba and Sabrina Dhowre were seemingly pushed together by the universe when they ended up in the same place at the same time in 2017.

Elba was in Dhowre’s native Vancouver filming The Mountain Between Us and that’s when the pair happened to meet at a local jazz bar. Their eyes locked, they got to talking and everything changed…

What drew them to each other? How did they overcome their age and career differences? And what keeps their bond strong?

Here’s what we can learn from Idris and Sabrina’s love story:

They felt “it” right away

It took less than a year of dating for the couple to get engaged and soon, they were saying “I do” in an extravagant three-day ceremony in Morocco in June 2019.

As Elba gushed to British Vogue, he and Dhowre didn’t need more time because they just knew. “We’ve been literally inseparable since we met,” the actor said, gracing the mag’s July cover with his bride who agreed that it was certainly “love at first sight.”

Speaking with PEOPLE, Elba shared exactly how he knew they were a good match, saying it’s because they “have good chemistry. She makes me laugh and we share common goals.” He explained, “She makes me happy. She makes me celebrate my successes and when I’m not too sure about stuff, she makes me think.”

What’s more, she makes him a better man all around.

“Sabrina has deepened friendships with people I’ve known longer than [her], nurturing the best side of me to make me connect to my friends more,” he told British Vogue, declaring that she’s become his “anchor”.

How she changed his mind about marriage

Not only does Dhowre bring out the best in Elba, but she also managed to change his mind about marriage without even trying.

The Luther star had already been married and divorced twice when he met his future bride. First to Hanne “Kim” Nørgaard (who describes herself as a “philanthropist and owner and founder Of Makeup Your Mind, Inc and Kim Elba Cosmetics”) from 1999–2003, then to Sonya Nicole Hamlin (a real estate lawyer) for just four months in 2006.

Speaking with Essence in July 2017, he even proclaimed, “Am I ever gonna get remarried? I don’t think so.” He continued, “Marriage is an institution of sorts. And I’ve done it. It’s not for everybody. It’s not my life’s calling.”

Boy, was he wrong!

On February 10, 2018, Elba proposed to Dhowre in a room full of people. The pair were attending a screening of Elba’s directorial debut, Yardie, at Rio Cinema in London when he dropped down on one knee and popped the question.

“It was a little spontaneous, if I’m honest,” he told PEOPLE. “I was at a cast and crew screening and among people I loved. We had all worked so hard for this project so I was like, ‘I’m doing it right now, here, today.’”

In June 2019, British Vogue asked Elba what changed his mind and although he didn’t come out and say it explicitly, he made it clear that it was his special bond with Dhowre.

“You know, I’m 47 this year, been married and lived a full life before I even met Sabrina,” he began. “It wasn’t something that I wanted to do, get married again. But…” He didn’t finish his thought, but according to the magazine,” he trailed off, eyes lighting up,” making it clear that he was thinking about his love — his catalyst for change.

He makes her feel “lucky”

Just like Elba has repeatedly stated how much better his life has become since meeting Dhowre — “I’m madly in love with my wife,” he told Vanity Fair in his August 2019 cover story — she’s shared plenty of sweet words about him.

For example, in a celebration of their surprise engagement the beauty queen wrote on Instagram, “Baby! I can’t tell you enough how happy you make me and how lucky I feel to have found a love like this, you make my heart feel so full. I love you. Forever will always feel too short. #imsuchacheeseball”

In January 2019, she offered more tender words, telling her followers, “This past year has been one of the best years of my life. I’ve grown and seen so much I feel like a completely different person. Thank you baby for everything you’ve done for me, I cannot wait for 2019. #loveofmylife.”

Meanwhile, on Valentine’s Day, she shared a snap of the couple kissing and gushed, “Happy Valentine’s Day to the love of my life @idriselba, you make every day a blessing.”

In June 2019, the newlyweds played a game of Mr & Mrs with British Vogue in which they showed off just how well they know each other.

In the first round, the pair answered quickfire questions, such as “Who has the best taste in music?” (that’s Idris) and “Who is the best dancer?” (that’s Sabrina). The lovebirds ended up with a solid score of 6 out of 9 after disagreeing on who’s the best at recycling, who’s the messiest, and who’s the most vain.

In the game’s second round, dubbed “Who Knows Who Best?”, the Elbas had to write in answers to questions like “What’s Idris’ ideal date night?” and “What’s Sabrina’s favorite song?” to see if they matched up. While they may not have gotten 100% of the answers correct, they sure did show off a lot of intimate knowledge about one another.

More importantly, however, regardless of if they were right or wrong, they shared lots (and lots) of laughs and high-fives, proving that even when they don’t agree, they’re most definitely still on the same team.

All in all, Idris was dubbed the winner and Sabrina showed off her sassy sense of humor, laughing, “I thought you were gonna bomb it, so I’m impressed.”