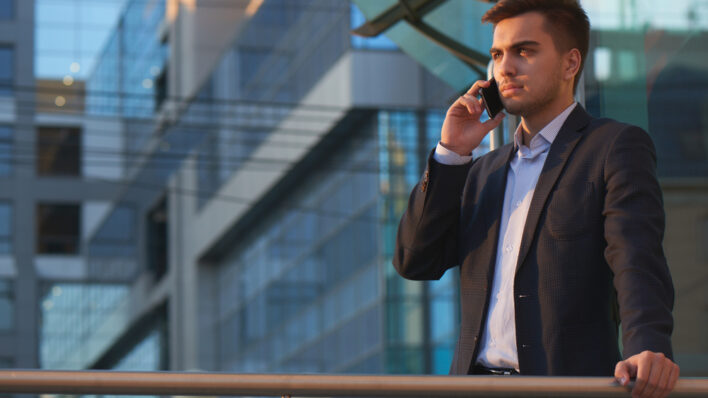 5 Things Successful Entrepreneurs Don’t Like to Admit About Success

From the outside in, success appears to be a glorious and fulfilling experience. And, provided you define what success is
By Matt Valentine    May 17, 2018

From the outside in, success appears to be a glorious and fulfilling experience. And, provided you define what success is

From the outside in, success appears to be a glorious and fulfilling experience.

And, provided you define what success is to you without letting outside forces dictate that definition, it can be. While it’s always tough and requires sacrifice, you can realize an incredible level of success in the form of happiness, a strong network, and monetary wealth while doing what you love.

However, there are several things many successful entrepreneurs don’t want, or like, to admit about success, whether that’s about what it takes to be successful or what success itself is (or turns out to be). Put your heart, mind, and soul into even your smallest acts. This is the secret of success.

Admittedly, the idea of “success” can be subjective. However, the vast majority of people have about the same general belief about what makes someone successful.

What most don’t realize, though, is that success is really many different things combined and rarely, if ever, the perfect vision they make it out to be.

And, while that’s nothing to fret over, as we gain strength and can realize greatness through overcoming struggle (and that struggle never ends), it does mean that a concept of success that doesn’t include these realities is an incomplete understanding that can become a harmful fantasy.

So, to help give a more “complete” picture of what success can entail, here are five things successful entrepreneurs don’t want to admit about success:

1. An obsessive work ethic is often the result of past pain or feelings of inadequacy

Oftentimes, entrepreneurs work as hard as they do because of past pain that leads them to do everything they can do either avoid that pain ever again or transform those feelings of inadequacy into great levels of power.

By no means is this always the case, but it frequently is, and it brings up an important point– you need to be tuned-in to what motivates you. Why do you work so hard? What drives you? There is healthy motivation that builds long-term success and happiness and unhealthy motivation that, while it might help you at first, can harm you in the long run.

2. Success often requires us to sacrifice, or bring pain to, things that matter to us

Whether it’s putting their family through a rough patch while they built their business or sacrificing their health to make it all happen, success sometimes requires difficult sacrifices.

This doesn’t mean these successful people subjected their closed ones to unelected pain, though, as they may very well have been right there with them every step of the way. However, one thing is for sure– while working towards their goals, they were keenly aware of those sacrifices and made the conscious choice to go through with them.

3. It doesn’t fill the void in your heart The void is a universal experience which takes many different forms. Some of us search for that perfect someone to complete us, others for fame or accolades to confirm our self-worth.

Success is often sought-after because we feel as though something is missing from our life– the “void”– and we believe success can fill it. Deep down, we believe that we’re missing a piece and must acquire something to fill that hole. However, no level of success fills that hole, so some successful entrepreneurs end up lonely and unfulfilled despite their success.

Like most of the points on this list, this isn’t true for all successful entrepreneurs, but it’s widespread enough to be an issue that you should be aware of if you’re seeking similar success.

There’s nothing wrong with searching out great levels of success as long as you know that realizing your own self-worth through healthy inner work– whether through meditation, writing, or connecting with like-minded individuals in deep conversation or through philanthropic work– is what will help fill that void and allow you to be happy.

4. Despite their success, many still feel as though their peers are better than them

Success is reached by progressively one-upping yourself and building up assets until you reach a level which either you or society (or both) have deemed successful.

Along the way, successful entrepreneurs improve several aspects of themselves– often undergoing a complete transformation in many regards– but that doesn’t necessarily mean they no longer struggle with issues of self-confidence.

Successful entrepreneurs, like celebrities, are often depicted as near-perfect. However, while it takes extraordinary personal growth to realize success in many cases, that doesn’t mean the person is a perfect human being.

5. Success can become an addiction that leaves you chronically discontent You might think that when you realize success, all will be right in the world and you can retire happy and content. However, for many successful entrepreneurs, that’s just not the case.

Oftentimes, success becomes a kind of addiction. That original vision gets thrown out for a new, more grandiose vision and that for yet another larger one.

Each progressive vision brings that successful entrepreneur greater success– but they’re never content. They continue to race to their death chasing something that isn’t found in material gain, fame, accolades, or any form of achievement.

Perhaps the most important lesson of all with regards to success, not only in how to achieve it, but also how to treat it properly so that it is a positive experience, is to fall in love with the journey and not become obsessed with the destination.

If you can fall in love with the journey– loving the work that you do, the people you work with and for, and what you create– then you can find happiness in every waking moment of your life.

But become addicted to the destination– a destination which never really existed because you perpetually recreate the destination into something else any time you reach it– and you’re doomed to live a life of discontent.