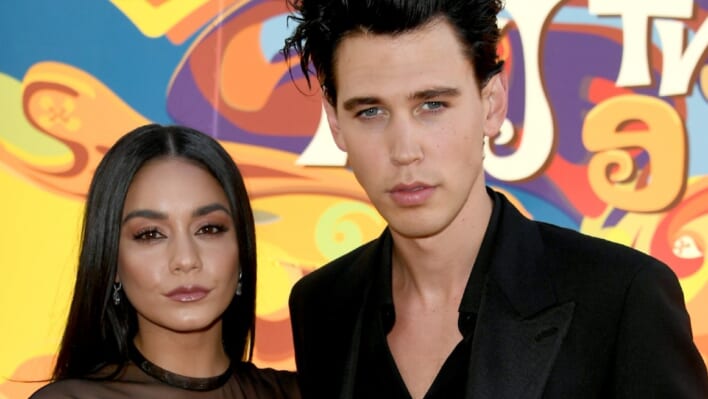 The actress gets vulnerable about her romance with Cole Tucker and recovering from her failed relationships with Zac Efron and Austin Butler.
By Shaoni Das    January 11, 2023

The actress gets vulnerable about her romance with Cole Tucker and recovering from her failed relationships with Zac Efron and Austin Butler.

Vanessa Hudgens is finally growing up.

In many cases, growth doesn’t occur when we turn 18 and venture out into the world on our own. We’ve seen with former child actors how hard it is to lose sight of innocence when you’ve been thrown into the showbiz jungle of fame, impulses, and excess wealth. As a result, you miss out on the standard milestones of growth and development, and therefore have to rely on unusual markers to guide yourself.

Though Hudgens has done relatively well in maintaining good behavior amid the countless temptations, she still hasn’t achieved the goals she had laid out for herself before commencing her journey. At 33, she had hoped to be married to someone, with a couple of kids in tow. However, reality dealt her something else, and she’s taken those experiences in stride and reframed her perspective on love.

Her growth speaks volumes about how we need to adjust our expectations in tandem with our changing conditions.

How Vanessa Hudgens Is Dealing With Missing Out On Important Milestones

In a recent profile with Shape magazine, the Tick, Tick… Boom! actress digs deeps into the milestones she’s set up for herself at a young age.

As her mother had tied the knot at the age of 25, she thought she’d follow suit and begin her happily-ever-after by the same token. However, as Hudgens soon learned, it’s not possible for two people to have exactly the same markers of happiness. Her self-imposed deadline came and passed, and she realized marriage was ultimately not on her horizon in her twenties. “

That didn’t happen,” she said honestly, as her long-term relationships with actors Zac Efron and “Elvis” star Austin Butler fell through by the time she hit her thirties. Hudgens and Butler dated for over eight years before their split in 2020. The two cited ‘distance and scheduling’ to the break.

Hudgens has also spoken out on the moment she realized her then-boyfriend should play Elvis after hearing a song on the radio, “I was like, babe, you need to play Elvis. I don’t know how, but I’m serious. You need to play him.”

RELATED: This Woman Found Out Her Ex-Boyfriend Is Dating Lady Gaga: Her Reaction Will Surprise You

However, Hudgens isn’t deterred by the vision that didn’t pan out, as she’s in a better place than she could have ever imagined. “Where I am now is better than I could have dreamed of. My relationship with myself is something I value deeply, even if things don’t always go the way I expected,” she told the outlet.

She’s been dating baseball player Cole Tucker since 2020, and the pair are not rushing their romance; they want to live each and every moment and adequately define what is healthy and satisfying for them as a couple, as opposed to what society determines is appropriate.

“He’s just kind of perfect for me. I am [happy]. I really am,” she said. The two met during the pandemic in a Zoom meditation session, a “random” first meeting that inadvertently turned into something more.

Since getting together, the two have been proudly showing off their love on social media, from Hudgens visiting her man’s baseball games to Tucker accompanying his girlfriend to movie premieres.

Speaking about what enabled them to get closer, Hudgens told Entertainment Tonight, “It’s just easy. We’re like the same person, very much the same person, but with different interests,” she said. They’re also quite “goofy” with each other, which means every day is a blast, and they’re continuing to have tons of fun with each other.

RELATED: Best Dating Quotes to Keep You Motivated in Your Search for Love

As for what’s next for the lovebirds? Insiders told US Magazine that while they’re not thinking about marriage at the moment, Tucker is a ‘romantic’ who does hope to get down on one knee in the near future. Despite their busy schedules, they make an effort to see each other as much as possible and value their time together.

The source added that they are supportive of each other’s careers and understand the need for space, but they also miss each other when they are apart.

Hudgens, for her part, doesn’t want to jump into anything she isn’t ready for. The High School Musical star spoke about facing a critical wake-up call at the age of 27, a quarter-life crisis of sorts where she realized that she didn’t know anything about herself or what she wanted. Hudgens turned to shadow work therapy to ask herself difficult questions and connect with her inner self, ultimately leading her to reimagine her personal and professional limits and take control of how much of her life she shares with the world.

Through this process, Hudgens has also learned the value of setting boundaries and taking control of her own narrative, as she has experienced “two very long life-changing relationships” that have shaped her. Now, as she savors her thirties, Hudgens is embracing the journey and all that it has taught her. She states that everyone has “ideas” about their future and how they want their life to end up, but “if they don’t happen, then there’s a reason why,” stated Hudgens. She has embraced learning in all its forms and is incredibly grateful for her current state of affairs, no matter what it looks like from the outside.

Hudgens’ Realization Is A Conscious Effort In Accepting Your Reality

Seeing how Hudgens, in many ways, has had to begin ‘from scratch’ with Tucker, she’s adjusted her expectations accordingly, now hoping to grow her family by her late 30s. Of course, no one can predict the trajectory of your life, so you try your best to meet those objectives in the most sensible way possible.

Today, Vanessa Hudgens has embraced a new mindset in which she is confident and self-assured and is not bothered by the opinions of others. She has learned the importance of setting boundaries and living with them, seeing them as simply a part of life rather than an ominous presence. At the end of the day, Hudgens is not locked into any strict timelines as she is merely going with the flow, trusting in her own divine timing. “When you’re fully accepting of who you are, and you stop trying to suppress pieces of yourself, you can conquer the world,” she told Shape.

Vanessa Hudgens’ journey tells us that learning to live with failed expectations and still loving oneself can be a challenging journey, but it is worth your time if you’re invested in personal growth and self-acceptance. It is natural to have expectations for ourselves and our lives, but it is essential to remember that things don’t always go as planned, which is okay.

RELATED: Jennifer Coolidge’s Shocking Truth on Dating After “American Pie” – And Why It’s So Good

Rather than letting failed expectations bring her down, Hudgens chooses to focus on the things that bring her joy and value and work towards building a life that makes her happy. We must practice self-compassion and self-love just like her, even when things don’t go as we hoped. By embracing our imperfections and learning to live with failed expectations, we can find peace and happiness within ourselves.

How Miley Cyrus Repaired Her Relationship With Billy Ray Cyrus