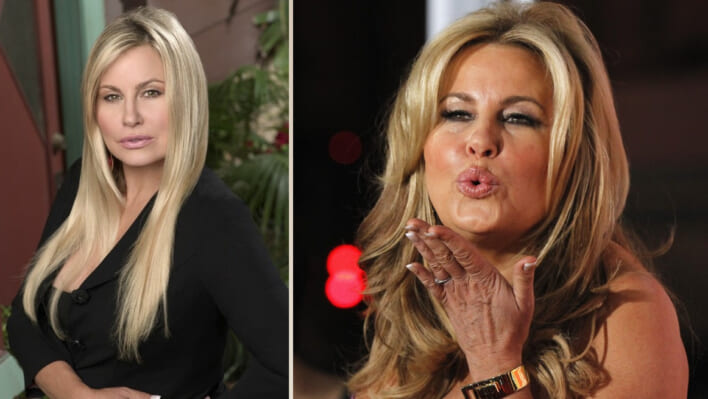 The “White Lotus” star talks to Ariana Grande about putting herself out there, dating, and being thankful for new opportunities.
By Steven John    December 15, 2022

The “White Lotus” star talks to Ariana Grande about putting herself out there, dating, and being thankful for new opportunities.

Jennifer Coolidge is a star. Not only has she played unforgettable and iconic characters over the years, but the actress has that certain trait famous actors have. It’s not just wit, not looks, not even awards and achievements: it’s humanity. There’s a reason actors like Tom Hanks and Jack Black and actresses like Jennifer Garner and Mila Kunis are so universally well-liked, and it’s that they are down to earth human beings; despite all their success and fame, they act like regular people.

RELATED: How Emily Ratajkowski and Pete Davidson Prove That Dating Doesn’t Always Have to Be Serious

Which makes sense because celebrities are, first and foremost, just human beings like the rest of us – though with a number of benefits most of us don’t get to enjoy. But many face the same issues as the rest of the world. In the case of Coolidge, one of those issues was finding luck in love. But don’t worry too much: she handled her romantic follies and foibles with grace and a lot of humor.

Who Is Jennifer Coolidge and What Is She Best Known For?

Jennifer Audrey Coolidge’s, 61, catapult to fame came in 1999 when she was in her late 30s, even though she had been acting for several years prior. At the time, many didn’t know Coolidge by name, but to a whole generation of film fans, Coolidge will always be known as Jeanine Stifler, better known as “Stifler’s Mom” from the comedy classic film American Pie.

RELATED: Who Is Chris Evans’ Girlfriend, and What Does His Love Life Say About Dating?

Today, Coolidge is also well-known for her work on the TV shows 2 Broke Girls and White Lotus and she has been in many miniseries on Netflix. She has appeared in a number of films, including Legally Blonde and several by director Christopher Guest, such as the famed mockumentary Best in Show, and she has of course reprised her famed role as “Stifler’s Mom” in follow-ups to the original American Pie film, such as American Reunion.

Today, Coolidge is also known for being Entertainment Weekly’s “Entertainer of the Year,” an accolade the actress coyly addressed while in conversation with her friend, singer Ariana Grande — Coolidge joked that the voting must have been rigged. That was, of course, just one thing the ladies discussed during an interview in which Grande served as the interlocutor asking the questions, Coolidge as the interviewee. The other major topic was sex and romance, specifically following the American Pie role.

“And American Pie was just — it helped my dating life in a way that I can’t ever explain. If I hadn’t had that movie, I don’t think… Well, let’s just say it would’ve been a very dull decade.”

Coolidge was in her late 30s when she played the “Stifler’s Mom” role. While a striking woman then (and now in her early 60s), what Coolidge lacked before her scene stealing turn in American Pie was any real fame. That role would, Coolidge later said, lead her to land literally hundreds of partners — the number the actress hinted at was around 200.

Here’s the thing: she was joking. No, Coolidge did not have sex with 200 men following her role as “Stifler’s Mom.” But she surely could have. What starring in that role did for her was to open the gates to dating, as it were, and in many cases she did indeed date — or at least have a romantic encounter — with men many years her junior. Coolidge experienced a rare time when life truly imitated art, as it were.

“But it did sort of open up the world to a much broader group of handsome men — and younger men.”

What playing a sexually liberated (slightly) older woman on screen did for Coolidge in real life was allow her to be a commanding presence in the dating world, available to men of all ages and with her own pick of who she would engage with or not.

We should all be so lucky, frankly, but it’s refreshing to see a woman who took control of her own romantic life, and stepped out of the usual rules and boundaries.

Coolidge Teaches Us Gratitude Even For The Smallest Things

The other refreshing thing about Coolidge is her sense of humility and gratitude, and it is these qualities that make her so relatable even when she is talking (and joking_ about sex. Coolidge is genuinely grateful for every opportunity, from the American Pie days to working with Ariana Grande in the music video for the singer’s song “Thank U, Next” to her acclaimed work on White Lotus.

RELATED: Why We Need To Take A Hard Look At Miley Cyrus’ Dating History

Coolidge expresses a thrill and even a bit of awe that, at her age, she is still relevant and successful and enjoying an expanding career. That gratitude and appreciation can inform us all of how to live our best lives, both in aspiring to do and be our best and in being grateful for what we already have.