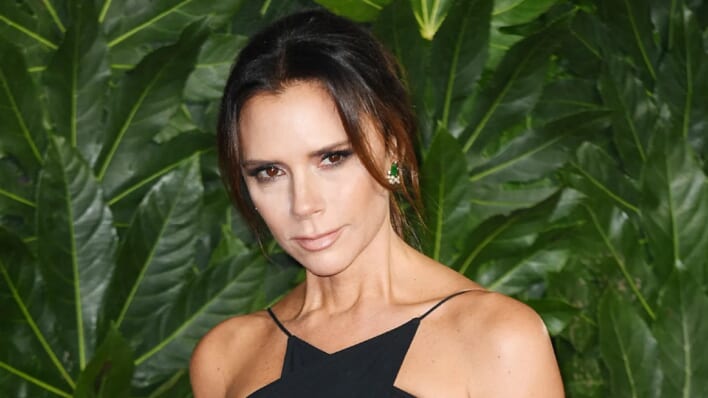 Is Victoria Beckham’s New Plus Size Clothing Collection a Genuine Attempt at Inclusivity?

Victoria Beckham’s self-titled brand sells high-end, timeless pieces for the modern minimalist. Until now, her brand hasn’t included any plus-size collections which have given her a reputation of lacking representation. After finally listening and launching plus-size pieces, she’s received more backlash than ever. Why are people questioning her intentions with this release, and is it a genuine attempt at inclusivity?
By Bianca Mercuri    August 28, 2022

Victoria Beckham’s self-titled brand sells high-end, timeless pieces for the modern minimalist. Until now, her brand hasn’t included any plus-size collections which have given her a reputation of lacking representation. After finally listening and launching plus-size pieces, she’s received more backlash than ever. Why are people questioning her intentions with this release, and is it a genuine attempt at inclusivity?

Victoria Beckham was only 20 years old when the Spice Girls were formed in 1994. They were the largest girl band of the 90’s and arguably one of the most influential music groups in the pop genre. Each member of the group was given a nickname from the public to suit the attitude they portrayed in the media. Beckham was posh spice, and she truly lived up to that name post-Spice Girls.

RELATED: Victoria Beckham Divorced Herself from a Dangerous Part of Her Personal Brand – Here’s Why

In fact, the name influenced her persona online down to her self-titled clothing brand. Her brand Victoria Beckham is known for its minimalistic silhouettes and refined color palette. It’s also known for its lack of size variation throughout the collections. Although, Beckham seemingly heard what her fans had to say and launched a plus-size clothing line.

But is this launch really about inclusivity and representation or is there something else pulling the strings on this campaign? Let’s talk about the brand’s plus-size launch and explore some of the reasons people are calling it a money grab.

Recently, Beckham launched her plus-size collection, increasing the size range of her products from 14 to 18. She followed this up by showcasing some of these plus-size models on her official Instagram page. Fans of the mother-of-four applauded this new venture and her shift to a more inclusive brand. Beckham hasn’t exactly been a champion for plus-size fashion in the past which raised some red flags and opened the door up for criticism.

“Finally Victoria has caught up,” A source told British tabloid newspaper, The Mail, “It’s great and she is extremely proud of her collection.” The keyword in that sentence is finally. Beckham, who’s famously all-legs and very thin, hasn’t exactly been at the defense of the plus-size community. So, while this launch was a bit of a surprise, it was welcomed with open arms. Considering the progress the fashion industry has made in increasing size ranges, Beckham needed to follow suit to stay relevant.

“There is a whole new customer out there to buy her products,” The source said, “but let’s face it, it has taken her a while but at least she is changing things.” The real question is, is she really changing things, or do these changes come with an ulterior motive?

Considering her comments last may in which she explained that being skinny was out of fashion should have been a hint that this drop was coming. “I think women today want to look healthy, and curvy,” Beckham said, “They want to have some boobs and a bum. It’s not about being a certain size. It’s about knowing who you are and being happy with who you are.”

She’s saying all the right things, and her actions do reflect these sentiments. So, why is her plus-size clothing launch being criticized and torn down by the media? Let’s look at Beckham’s brand finances and what it could tell us about this new approach she’s adopted.

How Much Debt Is Victoria Beckham’s Clothing Line In?

Beckham’s high-end clothing sells for hundreds of dollars apiece. Meanwhile, they’re looking at about £54 million in debt. It was reported that they lost £6.6 million in 2020 and £15.6 million in 2019. Chalking it up to the pandemic that infamously destroyed many businesses, these numbers were confirmed to be accurate.

This debt has caused many buyers of her clothing brand to question the intention behind launching a plus-size collection. Many were saying that the increased size range is simply to attract more buyers as a whole and not as a genuine attempt to include the plus-size community in her products. Her comments in May also came translated as insensitive to some, making many women feel as though body types are simply a way to sell and not a way of being.

When you look at the situation as a whole, it can come off as a money grab considering the launch came after the reports that the London-based brand was over £50 million in debt. But Beckham’s fans refuse this narrative and are taking it as a win for plus-size women.

How Can Hollywood Change The “Skinny” Narrative?

We’ve heard many stories from our favorite celebrities about what the pressures of being thin did to their mental health. More recently, Lisa Kudrow from Friends spoke candidly about her struggles with body image while filming the show and what the pressures of this did to her self-perception.

Beckham was in the spotlight just as much as Kudrow, if not more. Like all women in the media, she was drowning in opinions and comments about her body. Especially given that this was in the 90’s when the standard was to be rail-thin, the pressure for upkeep was heavy. This could have affected Beckham’s perception of beauty as a whole.

While her attempts to apply her brand’s aesthetic to plus-size fashion are appreciated, it doesn’t come with a lack of critique. Questioning our favorite celebrities and holding them accountable for what they preach online is the only way that we can start to plant seeds within Hollywood. Change can start with one person, and it helps when that person has over 30 million followers as Beckham does.

It’s a step forward for Beckham, but a step that’s already been taken by most in the fashion industry. Let’s remember that including plus-size women in fashion should not be a chore or a way to sell more products but rather be an opportunity to provide all women with great clothes. The goal is to make women of all sizes, colors, and identities feel beautiful, unique, and appreciated.

Demi Lovato Has Moved Beyond Body Positivity– and You Should Too