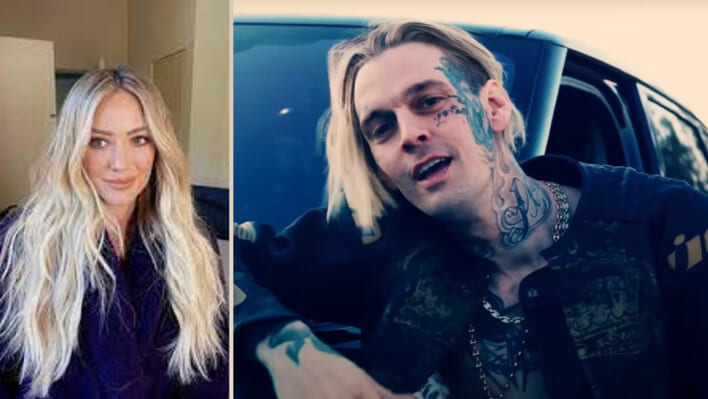 Aaron Carter, musician, and actor dies at age 34 on Saturday, November 5. No evidence of foul play was reported by the responding officers, but all investigative avenues are being looked into.
By Bianca Mercuri    November 7, 2022

Aaron Carter, musician, and actor dies at age 34 on Saturday, November 5. No evidence of foul play was reported by the responding officers, but all investigative avenues are being looked into.

Aaron Carter died at age 34 on Saturday, November 5 in his Lancaster, California home. Sources say he was found unresponsive in a bathtub. While no foul play seems to be involved, Police are exhausting all investigation options.

The musician and actor began his career in the 1990s and continued to produce his art until the day he passed. Unfortunately, Carter struggled in his life but was vocal about his hardships. Whether these struggles contributed to his death is uncertain as of now, but his lasting legacy includes patience, tenacity, and dignity. He is survived by his son Prince.

Let’s remember Carter and his extensive career, advocacy for addiction and mental health, and the outpouring of love from fellow celebrities.

Carter started in the pop scene at only nine years old with the release of his self-titled debut album in 1997. He was an immediate hit, especially seeing as his older brother Nick Carter was a member of the infamous boyband, Backstreet Boys. Preceding his early success, Carter opened for well-known headliners such as Backstreet Boys and Britney Spears. His debut album came soon after and reached gold status.

He also dabbled in acting, having featured in popular shows like Lizzie McGuire and Sabrina the Teenage Witch. But it was indeed his music that stuck with his fans. His rendition of “I Want Candy” became infectious and hit songs such as “I’m All About You” and “Aaron’s Party (Come Get It)” are a source of nostalgia for many. Later in his career, Carter switched genres. He turned to rap and took on a new sound, attracting a new audience but being true to his passion.

Carter’s drug and alcohol issues had been a point of contention in his life for decades. On top of struggling with addiction, Carter had severe mental health mountains to overcome. “The official diagnosis is that I suffer from multiple personality disorder, schizophrenia, acute anxiety, and manic depression,” Carter said in an appearance on The Doctors, “I’m prescribed Xanax, Seroquel, Gabapentin, Hydroxyzine, Trazodone, Omeprazen. This is my reality. I have nothing to hide.”

His acceptance and willingness to share about his mental health were always refreshing. It gave many of his fans insight into his life, which was never easy for the “I Want Cady” singer. Although paired with his addiction, Carter found himself spiralling. In 2012, his sister Leslie passed away from a drug overdose. In 2017, he was arrested for a DUI and possession of marijuana. He checked into rehab later that year after being released from police custody.

Many celebrities knew and loved Carter. They had the opportunity to work alongside him, know him as a person and experience his kindness. In the wake of this tragic loss, many celebrities are sharing words of support and condolences.

Carter’s ex-girlfriend and actress, Hilary Duff, who he dated on and off for three years, took to Instagram after the news was spread. “For Aaron-“ the post read, “I’m deeply sorry that life was so hard for you and that you had to struggle in front of the whole world. You had a charm that was absolutely effervescent… boy did my teenage self love you deeply. Sending love to your family at this time. Rest Easy.”

While this was certainly the most heartbreaking, others shared their memories of him. “Sad to hear about the news of @aaroncarter.” The reality star and socialite Paris Hilton tweeted, “He was always kind to my family and I. He had a good heart. Gone way too soon. Sending my thoughts and condolences to his loved ones and family. RIP.”

Grammy award-winning songwriter Diane Warren also shared some insight following his death saying, “fame at a young age is often more a curse than a blessing and Surviving it is not easy. RIP Aaron Carter.” Carter often spoke about being young and in the spotlight with unease. There’s a pattern in Hollywood of child stars being led down a path of self-destruction from an early age and Carter was not immune to this phenomenon. Although he tried to fight it, sometimes successfully, there are some traumas and experiences in our lives that we simply can’t escape.

The passing of Aaron Carter was a shock to all, especially his family. His young son will grow up without a father, and the world will suffer the loss of his art for years to come. While immense compassion is being shown globally for the Carters, there are some lessons that Carter has passed on through his advocacy and candid insight into addiction and mental health. He is certainly not the first celebrity to fall into this pattern, but we hope that we can end the stigma here, providing others with the necessary tools to choose another path.

It’s nearly impossible for anyone to understand the pain that Carter felt in his lifetime. Beyond the internal conflict of his mental health, he had a life of scrutiny, production, and fame that affected his life in ways that are incomprehensible.

Let Carter’s passing set a precedent for all that we need to do better in this industry. Better at making it a safe environment for children to follow their passion, better at seeing the signs of addiction ahead of time, and better at providing our favorite stars with the resources they need to ensure their mental health doesn’t falter. Carter’s passing is a tragedy that the world continues to mourn.