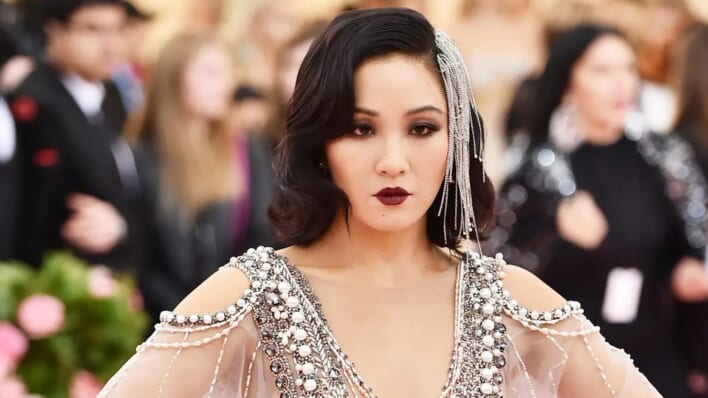 Internet shaming caused Constance Wu to attempt suicide. Three years later, she’s making a comeback, and her journey serves as inspiration for all.

Constance Wu of Crazy Rich Asians and The Terminal List recently returned to social media after a three year hiatus. A vulnerable post on her Twitter account on July 14 revealed the reason for her absence: her mental health had severely declined after she was “canceled” on social media in 2019, causing her to attempt suicide.

RELATED: Will Smith’s New Apology Video and What Chris Rock Teaches Us About NOT Being a Victim

After seeking therapy, Wu is slowly reclaiming her story, and her comeback can serve as an encouraging lesson for everyone.

Why Was Constance Wu Canceled?

Before 2018’s Crazy Rich Asians elevated the actress to prominence, Wu played the matriarch of an Asian American family in ABC’s 2015 sitcom, Fresh Off the Boat (FOTB). In 2019, ABC announced FOTB would be returning for its sixth season. In response to this announcement, Wu posted a string of tweets:

RELATED: Bella Hadid’s Toxic Relationship with Alcohol Is a Lesson for Immediate Change

Wu’s words gave the impression that she was unenthused at the prospect of returning to her FOTB role. Consequently, the actress received harsh backlash from FOTB viewers. The show meant a lot to Asian American fans; FOTB provided Asian American media representation that was and is so lacking in film and television, so it’s understandable that fans were upset seeing one of its lead actors post negatively about it.

Fans and others in the Hollywood industry now saw Wu as ungrateful, spoilt by her Crazy Rich Asians fame. One Asian actress even went so far to say that Wu had “become a blight on the Asian American community.”

Wu tried to clarify her tweets, admitting that her words were “ill-timed.” She said she loved FOTB, but was disappointed at the news of its renewal because it meant she’d have to give up another project she was excited about.

However, the internet shaming continued. And while her Twitter followers saw words exchanged on their screens, they didn’t see the actress slowly breaking on the other side. Eventually, her mental health took a nosedive, driving the actress to attempt suicide.

Thankfully, she was saved after a friend found her and got her to a hospital in time. However, this was a wakeup call for Wu, a sign that she needed to step back from the public eye. She deleted her social media accounts, took a break from Hollywood and started seeing a therapist. Now, three years post-attempt, she’s slowly started to reenter the spotlight.

Constance Wu Has Returned, and She’s ‘Making a Scene’

On July 14, Constance Wu posted from a new Twitter account, @ConstanceWu, a vulnerable explanation of where she’d been, why she’d left, and her behind-the-scenes struggle.

“I was afraid of coming back on social media because I almost lost my life from it: 3 years ago, when I made careless tweets about the renewal of my TV show, it ignited outrage and internet shaming that got pretty severe. I felt awful about what I’d said, and when a few DMs from a fellow Asian actress told me I’d become a blight on the Asian American community, I started feeling like I didn’t even deserve to live anymore. That I was a disgrace to AsAms, and they’d be better off without me.”

Wu elaborates on her Asian heritage, reflecting on how “AsAms don’t talk about mental health enough. While we’re quick to celebrate representation wins, there’s a lot of avoidance around the more uncomfortable issues within our community.”

Further, Wu said it hurt when her “AsAm colleagues decided that was the time to avoid [her],” in reference to when the internet shaming sent her into a downward spiral. “[B]ut it also made me realize how important it is to reach out and care for people who are going through a hard time,” she added

“That’s why I wrote my book and why I’m here today,” the actress elaborated. “[T]o reach out and help people talk about the uncomfortable stuff.” The book she’s referencing is called “Making a Scene,” which details her experience growing up in a culture where she wasn’t allowed to express her feelings.

Though her journey was no doubt difficult and painful, her story and comeback can serve as an inspiration to everyone. First, in communities of color, especially the Asian American community, which Wu writes about, talking about mental health or emotions is not encouraged, and going to therapy is shameful. For anyone who feels ashamed that they are struggling with their mental health, the actress is a beacon of hope. Though she was raised in a culture that told her to bottle up her emotions, she was able to break that cycle and get the help she deserved.

Additionally, Wu’s decision to write about and publish her story in “Making a Scene” is admirable, and a valiant act of reclamation. She doesn’t owe anyone an explanation for her absence, yet she’s willing to publish her journey to help others. She’s taking back her power from a dark situation by sharing her narrative and telling her side of the story.

RELATED: Stranger Things Addresses Depression and Mental Health in the Most Crucial Way

Of course, this is not to say everyone has to write a book in order to reclaim their story. There are many ways to go about doing this. Reclamation can be re-engaging in a hobby or passion once enjoyed. It can be seeking therapy, or creating art that tells the story of one’s mental health journey. It can be writing a list of one’s values and living life according to those. It can be choosing to take medication under the guidance of a licensed psychiatrist. It can be writing out a mental health “timeline,” a long journal entry or bullet points of significant moments in one’s life that lead to where they are today. These acts of reclamation can be public, like Wu, or private.

All of these things can serve to help a person process their experiences and reclaim their story and parts of their life their mental illness took from them. However, vulnerability is necessary in any emotional healing process.

As Wu wrote in her recent Twitter post, “If we want to be seen, really seen…we need to let all of ourselves be seen, including the parts we’re scared of or ashamed of–parts that, however imperfect, require care and attention.”

Micah Yip is a writer and student based in California. He is currently pursuing a Bachelor of Arts degree in Political Science Journalism at California State University, Sacramento. Micah has been a freelance writer for about two years and has covered topics within pop culture, film and television, social issues and mental health. When he’s not in class or working, he enjoys travel, playing guitar, visiting vintage markets in Sacramento and watching movies with his cat.