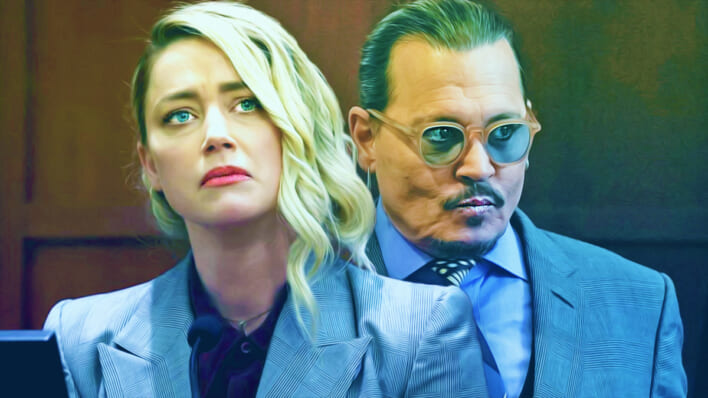 Did Johnny Depp V. Amber Heard Provide Closure for Anyone – Or Ruin It for Everyone?

The Depp V. Heard Trial recently came to a close after the jury verdict was read in Depp’s favor. But will the media coverage of this trial be surmountable in their efforts to find closure?
By Bianca Mercuri    June 7, 2022

The Depp V. Heard Trial recently came to a close after the jury verdict was read in Depp’s favor. But will the media coverage of this trial be surmountable in their efforts to find closure?

On June 1, 2022, a jury delivered the verdict for the six-week-long defamation case of Depp V. Heard. The plaintiff (Depp) was awarded $15 million in compensation for Heard’s 2016 defamatory op-ed in The Washington Post. In regard to the Waldman-Depp statements for the defendant’s (Heard) counterclaim, she was awarded $2 million which will be deducted from the total amount that she owed her ex-husband.

When referring to this case, we have to acknowledge the gravity of its content. While it can be hard to view celebrities as real people with real emotions because we constantly see them portrayed as different characters on-screen, it is crucial to understand that this trial was about traumatic events that occurred in their personal lives. Separating this trial from the normal roles we see these celebrities in wasn’t easy, and we could see the lines beginning to blur as the trial went on. The next step is seeking closure for everyone involved… but is that even possible?

This case was a long and harrowing battle between the actors, both claiming domestic violence in their relationship. Much of the evidence presented on both ends was difficult to witness with enticing testimonies that had everyone at home questioning what they knew about the two’s short marriage. Emotions ran high for the whole trial, with some witnesses on the stand, including Depp and Heard, shedding a few tears along the way.

What Exactly Is Closure And How Can We Achieve It?

Most times, people can seek closure to tie up loose ends. To close a chapter of an unresolved issue or painful period of their lives. Sometimes, finding closure is painful and requires us to revisit some unpleasant memories. But along with that pain can be healing, allowing us to face what has been troubling us and actively move forward. It can be an emotionally satisfying ending that can provide a sense of relief.

We use the word closure in a lot of different contexts, and while it’s often applied to relationships, it can be applied to many situations that involve coming to terms with trauma, death, loss, and much more.

There are many ways that we can get closure, and it doesn’t always involve another person. Self-reflection can oftentimes be the simplest and best solution when seeking closure. Journaling, meditating, and seeking professional help are all recommended approaches for dealing with our quests for closure. But what about this landmark trial, specifically? Can there be closure for Johnny Depp, Amber Heard or anyone else affected by the proceedings?

As much as we wish this trial coming to a close would give the two closure from their short, but volatile marriage, we’re not sure it’s in the cards just yet. Closure, in essence, is like stitching up a wound. Unfortunately, what we post online often leaves a permanent scar.

This case and its result are still fresh, and it’s still unknown how time will change the way people talk about it, and whether we will actually let Depp and Heard heal from this. Any news about Depp and Heard moving forward — relating to the trial or not –- will always reopen opinions about what we saw during these last six weeks.

In a statement via Depp’s Instagram, he addressed this idea of closure:

“My decision to pursue this case, knowing very well the height of the legal hurdles that I would be facing and the inevitable, worldwide spectacle into my life, was only made after considerable thought. From the very beginning, the goal of bringing this case was to reveal the truth, regardless of the outcome. Speaking the truth was something that I owed to my children and to all those who have remained steadfast in their support of me. I feel at peace knowing I have finally accomplished that.”

The verdict may have officially ended the trial, but the collective memory of the internet lasts much longer. With so many tuning in, it’s unlikely it will be forgotten, even with time. Although it is tempting to weigh in on celebrity gossip and news, it’s important to understand that this trial is the opposite of gossip. In fact, it was about revisiting a terribly hard time in both the lives of Heard and Depp, which impacted many of their relationships, as well as their careers.

In the aftermath of the trial, there will still linger the compilations, clips, and YouTube videos labeled “Johnny Depp’s Funniest Moments in Court,” and the like, some of which already have up to 10 million views. These videos make light of the situation at hand, which is ultimately domestic abuse. What does this type of content say about celebrity culture?

Heard, on Twitter, released a statement saying that the verdict, “sets back the clock to a time when a woman who spoke up and spoke up could be publicly shamed and humiliated. It sets back the idea that violence against women should be taken seriously.”

The Media Coverage of the Depp V. Heard Trial

The media coverage of Depp V. Heard was unlike anything we’ve seen. Daily live streams were hitting millions of views, and related hashtags were trending on Twitter for nearly the entirety of the trial. That fervor didn’t stop at mainstream news outlets and magazines; the online audience on platforms like TikTok followed the case with particular interest, and contributed greatly to both the content and comment culture, influencing much of this media coverage.

By the end of the six-week trial, leading up to the Jury deliberation, it was obvious that the viewers at home were very much “Team Johnny.” There is no denying that Depp won the court of public opinion, but the question remains with whether it was right to prosecute Heard online the way she was throughout the trial.

The evidence brought forward by Depp and his team painted a much clearer picture than Heard, showing in-depth physical abuse, whereas Heard lacked the foundation for many of her abuse claims. That said, when taking into account all testimonies and evidence from both sides, Depp wasn’t the perfect partner either.

As such, this case brought up the theme of double standards in the face of domestic abuse, giving men a platform to come forward and tell their stories. Many acknowledge that Depp had his faults, including Depp himself. Meanwhile, Heard had trouble admitting any fault of her own, which some onlookers believed made her come across as disingenuous, possibly to her ultimate detriment. Whatever the perception, her behavior on the stand was quickly criticized online.

Heard was viewed in a villainous manner throughout, but especially now that she lost the case. Recently, there’s been a fan-led petition to drop Amber Heard from Aquaman 2 and essentially blacklist her from Hollywood. The petition currently has over 4.5 million, just shy of the 6 million signature goal.

With such strong opinions surrounding this case, does the verdict really mean this is over for the two actors? This trial and the implications of it on their careers and personal lives may follow them into the future, but can they ever truly have closure?

Looking Back at Famous Hollywood Trials

This same cycle of individuals at home attempting to find closure through Hollywood blacklisting can be applied to many famous Hollywood trials that we’ve witnessed over the years. Bill Cosby’s sexual assault case, the Harvey Weinstein #MeToo case, O.J. Simpson, and so many others who are now defined by their trials.

These are all extremely serious cases that presented seemingly larger-than-life celebrities in a negative light. The names of the perpetrators in these cases alone are associated with their trials now arguably more than any of their other projects. Harvey Weinstein and Bill Cosby have become Hollywood villains of the celebrity world, and rightly so, many would say. But will this same type of Hollywood blacklisting happen in the Depp V. Heard case?

We can see with the fan-led petition that they are beginning the process of attempting to ban Heard from a future on-screen. We can’t say whether this is the right decision or not because the Depp V. Heard trial was not as clear-cut as others. Fault was attributed to both sides, as we can see with the verdict alone. Even though the jury and public heavily sided with Depp, we must ask ourselves if prosecuting Heard in this way will provide the two, as well as the people at home invested in this trial, the best chance at closure, or whether the entire circus-like nature of its proceedings were even necessary in the first place.