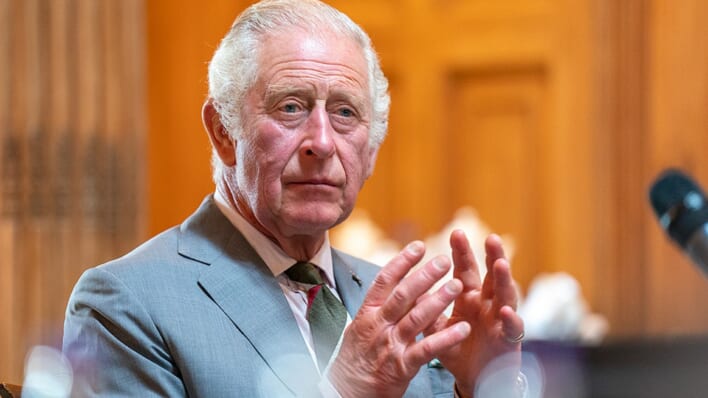 How King Charles Will Honor the Queen’s Legacy, Change the Royal Family and Save the World

King Charles has taken over the throne after Queen Elizabeth II’s passing. The biggest question remains; How will he choose to approach his the throne and modernize it after 70 years under one rule? Let’s look at King Charles’ ever-present climate change concerns and how he plans on shifting the monarchy to reflect new ideas.
By Bianca Mercuri    September 17, 2022

King Charles has taken over the throne after Queen Elizabeth II’s passing. The biggest question remains; How will he choose to approach his the throne and modernize it after 70 years under one rule? Let’s look at King Charles’ ever-present climate change concerns and how he plans on shifting the monarchy to reflect new ideas.

The late Queen Elizabeth II was the longest reigning monarch and the longest female head of state in history. After 70 years on the throne, it’s with a heavy heart that the entire world reluctantly welcomes the change. Her eldest son, now King, Charles will be crowned during a coronation to take place approximately a year from her death.

There’s a very particular type of change that King Charles has advocated for and that’s climate change. His personal journey fighting for climate change as well the whole royal family’s stance on the matter has been decades in the making. What will the reign of King Charles look like, and how does he plan on modernizing the monarchy?

King Charles’ Advocacy for Climate Change Throughout The Years

King Charles’ first speech focused on climate change was in February of 1970. He detailed all of “the horrifying effects of pollution in all its cancerous forms” including the crisis of overusing “indestructible plastic containers.” This speech was quite advanced for its time as many world leaders weren’t addressing the issue with the urgency they should have considering the struggling environmental situation we’re facing in 2022.

Nearly 50 years later to the month, in January 2020, King Charles made a point to further this discussion during his keynote speech at the World Economic Forum in DAVOS. “I have dedicated much of my life to the restoration of harmony between humanity, Nature, and the environment,” he said, “and to the encouragement of corporate social and environmental responsibility.” King Charles also went on to outline 10 practical actions for sustainable markets.

He ended his keynote speech in a way that encapsulated his thoughts on the subject throughout the years. He said, “the only limit is our willingness to act.” Many are hopeful that his dedication to the cause will be reflected in his rulings as the newly appointed King and set precedent for other world leaders.

Other members of the royal family have been vocal about their dedication to climate change including Prince William and the late Queen herself. Queen Elizabeth II, in her reign, gave a powerful speech at the opening of COP26 in which she urged the world to take action. “The time for words has now moved to the time for action,” she said. While she is known to be quite private and not one for big change-evoking speeches, she felt this was worth taking a stand for.

The Queen’s Green Canopy, an initiative that began in May 2021 in honor of the Platinum Jubilee of Queen Elizabeth II in 2022, is a UK-wide tree planting project created to mark the now late Queen’s 70 years on the Throne. In its first planting season from October 2021 to March 2022, over a million trees were planted in Her Majesty’s name. This year’s planting has been extended to March 2023 to reflect the full planting season in the United Kingdom, giving participants ample time to get involved.

Meanwhile, Prince William and The Duchess of Cambridge, Kate, have also shown that they are encouraging an environmental focus not just in Britain, but globally. During the Earthshot Prize awards in 2021, the two of them had much to say.

“Nature is vital to us all. A thriving natural world regulates our climate, nurtures our physical and mental health, and helps feed our families,” The Duchess of Cambridge says, “But for too long we’ve neglected our wild spaces and now we’re facing a number of tipping points. If we don’t act now, we will permanently destabilize our planet and we will rob our children of the future they deserve.”

This powerful and refreshing statement from Middleton looked to the future, asking our nation to think of our children and the world we want them to experience. This type of call for action is effective as it taps into our emotional want for peace and wellness as well as the love for our families. Meanwhile, Prince William’s promises were clear.

“All the young people watching tonight,” Prince William said, “For too long, we haven’t done enough to protect the planet for your future. The Earthshot is for you. In the next ten years, we are going to act, we are going to find the solutions to repair our planet. Please keep learning, keep demanding change, and don’t give up hope. We will rise to these challenges.” Prince William’s Earthshot Prize will find and fun 50 solutions to help restore the planet.

How King Charles III Plans to Modernize the Monarchy

King Charles has slowly been taking on additional responsibilities over the years as the late Queen Elizabeth II slowed down in her older age. It was reported some time ago that the King was thinking about restructuring the British monarchy. One of those considerations included the possibility of downsizing.

What could this downsize look like? The official line of succession is currently 23 but the King plans of reducing the monarchy to a team of seven key members that consist of the senior working royals. A possible reason for doing so is financial. Having a smaller team of royals to attend to official duties will also reduce the number of individuals getting paid by the public funds used to support this.

According to a report by Forbes, the royal family faces a $44 million shortfall. That being said, the royal family has “no intention of asking for extra funding” from the public despite the challenges brought on by the pandemic. In fact, King Charles’ plan to downsize has no intention of asking the public for additional funding, but rather of restructuring the monarchy in a way that is more financially sustainable in the long run.

King Charles is set to approach his reign as a more accessible and familiar leader. Downsizing may be controversial in a political sense as the royal family has more trust from the public than other politicians. The approach to “slim down” the monarchy is financially a more sound decision, but it also calls into question the royal family’s emphasis on money over tradition. In any case, the King is now in charge of the general well-being of the United Kingdom, and only time will tell how his plans pan out and how the public will receive these more modern ideas.