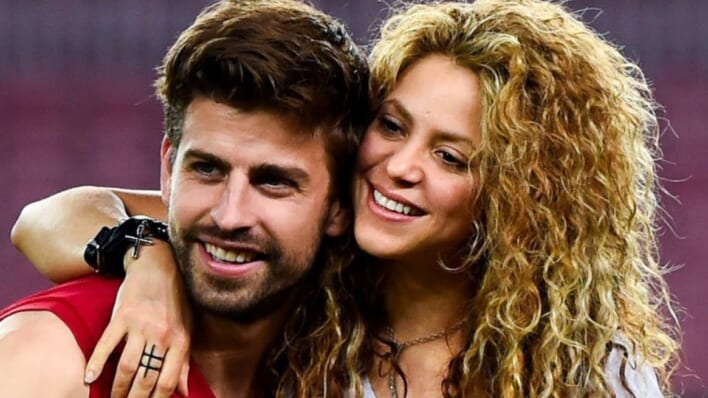 Shakira Reveals The Truth Behind Her Shocking Split From Gerard Pique

The Latin superstar is diving into the pains of separation and how she’s preparing for the next chapter in her journey.
By Shaoni Das    September 28, 2022

The Latin superstar is diving into the pains of separation and how she’s preparing for the next chapter in her journey.

Shakira is unearthing the “darkest” chapter of her life thus far.

The Colombian native is widely regarded as one of the most talented and influential performers of our time, and her relationship with soccer star Gerard Pique was often described as a paragon of modern, groundbreaking love. The two couldn’t be more different in terms of age, profession, and origin but still, the wild universe threw them together in the most unexpected of places, and the rest was history.

However, by the spring of 2022, there was trouble in paradise, and speculation had risen over Pique’s alleged infidelities. Finally, on June 4, 2022, Shakira and Pique confirmed via representatives that they were going their separate ways. They stated that their sons, Sasha and Milan, are their “highest priority” and asked the media to grant them privacy during this difficult time.

Going through any breakup is painful enough, but when you’ve been with someone for nearly 12 years, share two children, and both wildly famous figures who can’t seem to escape the tabloids, it can seem near unimaginable. It’s a trauma that sets in, threatening to ravage you and your sanity bit by bit.

Shakira lays bare the realities of going through such a separation and what she’s taken away from this ordeal.

Shakira On Gerard Pique Separation: “This Is All A Bad Dream”

In a candid interview with Elle, the singer delved into the challenges she’s been facing behind closed doors, as well as those that have been laid out in the open without her consent.

“I’ve remained quiet and just tried to process it all,” she told the mag. Stating it’s hard to discuss details as she and Pique still determine the terms of their new arrangement. The two still haven’t decided on permanent custody, while rumors abound in Spain over whether or not the two are headed to court. However, the true victims of the unrest are their children, who not only have to adjust to a dramatic transition at home but have to do so in the spotlight.

“And so it’s been tough not only for me but also for my kids. Incredibly difficult,” the 45-year-old noted sympathetically.

There are paparazzi camped outside their house 24/7, they can’t leave their property without being ambushed by an army of cameras and reporters, and if they want to take a walk in the park or get ice cream, they’ll have to risk sending the media into a frenzy.

RELATED: The Experience That Made Shakira Want To Succeed

As much as Shakira tries to conceal the situation, the kids can’t help but overhear details about the case from their classmates or next-door neighbors. “It’s upsetting for two kids trying to process their parents’ separation,” she said.

As for the singer herself? It’s been the most agonizing, draining period of her life. “I just feel like this is all a bad dream and that I’m going to wake up at some point,” she said. She’s seeing firsthand how the media exploits and cheapens human relationships for the sake of profit. She thought she had something special with Pique, and indeed it had to have been exceptional and fulfilling to have persisted for nearly 12 years, but now it feels like fodder for the masses.

What’s worse, Shakira’s father has been having a medical crisis for a few months and has spent time in the ICU. He had flown over to Spain to provide support to his daughter, but during his stay, he “fell and had a subdural hematoma,” A week after his brain surgery, he fell again and broke numerous bones in his face.

As a result, Shakira, who’s been tending to her children’s needs and negotiating with her ex-partner, has also been taking care of her sick father and nursing him back to health. Therefore, it’s no surprise that these pressures have caught up to her and have taken a toll on her mental health. “Like I said, this is probably the darkest hour of my life,” she said.

So the question on everyone’s mind has been: why did Shakira and Gerard Pique call it quits?

The Spanish newspapers have identified Gerard’s alleged unfaithfulness as the primary catalyst. Of course, it didn’t help that he was spotted getting intimate with 23-year-old student Clara Chia Marti only weeks after the separation was announced. There is no way to properly verify these reports, but Shakira told the outlet that she did put her heart and soul into the relationship and perhaps didn’t receive the same from her ex-partner. “I can only say that I put everything I had into this relationship and my family,” she said.

RELATED: Miley Cyrus’ Split From Liam Hemsworth is a Lesson About Outgrowing Love

To begin with, when Milan began school, Shakira decided to move permanently to Spain and provide the family with stability. Pique’s career was in Barcelona, where he continues to serve the FC Barcelona soccer team; therefore, the two had to decide where they would be based. Shakira decided to be the one to sacrifice her earning potential and quit the ‘nomadic’ lifestyle of the artist. “Either he would stop his contract with Barcelona and move to the U.S. with me, where my career is, or I would have to do that instead,” she said.

The ‘Hips Don’t Lie’ singer happily made the compromise and moved halfway across the world for her partner and growing family. Her career was relegated to “second gear,” but she didn’t mind either way: Gerard was able to stay on his team and win titles one after the other, while her kids had a “present mom.” This is why she shares a wonderful, intuitive bond with them to this date — something that might not have been possible had she continued touring and shifting from one location to another. “It was a sacrifice of love,” she said.

Shakira’s Comments On the Split

Shakira declined to comment further about the dissolution of her relationship but reiterated that no matter where she and Pique stand, their total focus is on the well-being of their family. “We have a job to do for these two incredible boys, and I have faith that we will figure out what is best for their future, their own dreams in life, and what is a fair solution for everyone involved,” she said.

It’s unclear how Shakira and Pique are going to move forward, but the Grammy-winning artist is decisive about the direction of her artistry. She’s been working on new music and is excited to release her first album in five years. “I think that music is a life raft. There have been days when I had to pick up the pieces of me from the floor. And the only way to do that, to actually do that, has been through music,” she said.

Shakira’s Separation Teaches Us About Survival

Is there always light at the end of the tunnel? We can’t say for sure, but even the most brutal of circumstances have an ending. “I think that even when you feel like you’re falling down an abyss and there’s no end to that abyss, there’s always a certain safety net at the bottom,” as Shakira herself puts it.

RELATED: What Jason Momoa and Lisa Bonet’s Split Really Tells Us About The End of Romance

Sometimes, the wait is longer than we’d like, but, at the end of the day, you have the strength in you to pull yourself up. In Shakira’s case, she was fortunate enough to have a robust support system around her to remind her to take care of herself. We, too, are surrounded by love and friendship, and companionship, so when the going gets tough, look to those who can bring you moments of comfort.