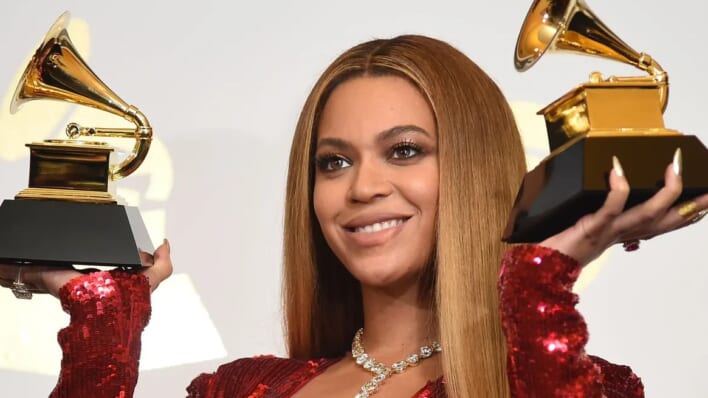 Artists and athletes are out to entertain their fans, excel at what they do, and make money while doing it. Some of our favorite celebrities have taken it to a whole new level. So who are the stars that have smashed it and made it into the Guinness World Records?
By Flavia Medrut    July 21, 2022

Artists and athletes are out to entertain their fans, excel at what they do, and make money while doing it. Some of our favorite celebrities have taken it to a whole new level. So who are the stars that have smashed it and made it into the Guinness World Records?

Since 1955, the people at Guinness World Records keep track of the most extraordinary, bizarre, and even ridiculous accomplishments (we’re looking at you ‘Most Number of Spoons on a Human Body’). From the world’s most toothpicks in a beard to the world’s richest living person, the company’s annual book has it covered.

Among the everyday people who happen to hold extraordinary records, some celebrity names managed to pull off one-of-a-kind feats. With no further ado, from singers, actors, and athletes, here are ten of the most popular celebrities that have set Guinness World Records.

Beyonce Is the Most-Nominated Woman in Grammy History

Between 2001 and 2021, Beyonce garnered no less than 28 Grammy Awards. This makes her the only female vocalist to possess such an incredible number of trophies at the prestigious award ceremony. The singer won her first three Grammys with her former band, Destiny’s Child, and another with her husband, Jay-Z.

RELATED: 5 Daily Habits to Steal from Beyonce, Including Her Powerful Trick for Loving Her Flaws

The cultural icon’s Guinness World Record has to do a lot with her history at the MTV Music Awards. In 2016, Beyonce surpassed Madonna’s record of VMA awards. At the present moment, Queen B owns 26 of the famous “moon person” statues.

The beloved actor and comedian Betty White passed away on December 31, 2021, at the age of 99. Betty began her acting career in 1939 and performed in shows such as The Golden Girls, The Mary Tyler Moore Show, and The Carol Burnett Show. The actress entered the Guinness World Records by being the only female entertainer with such a long TV career — 80 decades, to be precise.

RELATED: 40 Betty White Quotes To Remind You To Stay Young At Heart

White didn’t have to live to be nearly 100 years old to set that world record, she already obtained the title for longest TV career for a female entertainer back in 2013.

Eminem Won for Most Words in a Hit Single

If you think you know everything about Eminem’s career, you might have missed the fact that the rapper owns not one, but two Guinness World Records. In 2020, Eminem received the title of the most-liked male musician on Facebook, with more than 86 million fans giving him a thumbs-up. But considering how social media works, such a record reflects popularity rather than talent.

Since Eminem is a master lyricist, not just a popular social media person, he received recognition for his talent as well. In 2013, his impressive song “Rap God” set the mark for Most Words In a Hit Single. The fast and furious track packs about 1,560 words, making the rapper drop about 4.28 words/second. Tongue-twisting, right?

The Rolling Stones, Bruce Springsteen, and U2 are a few of the names that come to mind when it comes to iconic live music acts. While these performers have done a great job impressing their fans, they still haven’t reached some of the milestones Ed Sheeran has.

RELATED: Ed Sheeran: Being Weird Is a Wonderful Thing

With his album Divide, Sheeran smashed three Guinness World Records. One for the Fastest-Selling Pop Album by a Male Artist in U.K. history, another for Most Simultaneous UK Top 20 Singles, and the third for Most Streamed Track on Spotify in 24 Hours (“Shape of You”). After getting three world records, it’s probably futile to mention that the Divide Tour had a huge attendance and the most earnings for a single music tour.

Jackie Chan Has the Most Stunts by a Living Actor

While other actors are afraid of getting hurt during action films and opt for stuntmen to film certain scenes, Jackie Chan was never one to chicken out. Although he has sustained several injuries in the process, including a broken skull, Jackie has remained his own stuntman.

Since 2012, the actor has held the record for Most Stunts By a Living Actor. When no insurance company would agree on underwriting Chan’s productions when he performs his own stunts, the actor formed the Jackie Chan Stuntmen Association. He trains his students and personally pays their medical bills whenever necessary.

Martin Scorsese Has the Award for Most Oscar Nominations

In 2020, after being nominated for the ninth time for directing The Irishman, the legendary Martin Scorsese set the record for Most Oscar Nominations For a Living Director.

RELATED: 12 The Wolf of Wall Street Quotes on Excess and Success

RuPaul Reigns Supreme with the Most Emmy Wins for Reality Host

In 2021, RuPaul added another accolade to his list of incredible achievements. After receiving a total of 39 Emmy nominations and winning 19 of them, RuPaul has become the Guinness title holder for the Most Emmy Wins for Outstanding Host for a Reality or Competition Program.

Produced by the iconic drag superstar, VH1 and World of Wonder, RuPaul’s Drag Race has captured the attention and hearts of millions around the globe through no less than 14 seasons. In the reality show, talented drag queens compete to be crowned as the next drag superstar.

Music icon Taylor Swift simply had to be on this list. Among other incredible achievements during her music career, Swift managed to set the world record for earnings by a woman musician in a single year. Haters gonna hate, but it’s quite easy to shake it off when you make $185 million in one year (2019). The singer beat her record in 2016 by earning $170 million that year.

With arguably unmatched skills, Serena Williams is one of the most accomplished athletes in tennis history. That being said, it’s no surprise she holds 10 World Guinness Records.

The athlete is regarded as the greatest tennis player of all time, and there’s no question why. Her most recent records were set in 2017. One for the Longest Time Span of Grand Slam Singles Tournaments Won By Any Player, and the other for being the Oldest Player in Women’s Tennis History to win such a tournament. At the time, Serena was 35 years old AND also three months pregnant.

It is no secret that after it aired, CBS’s Two and a Half Men dominated TV ratings. The TV show’s three stars – Charlie Sheen, Jon Cryer, and Angus T. Jones – were making huge money. The youngest and most adorable member of the main cast set a Guinness World Record for his earnings that still stands today.

RELATED: What Happened to Jake Harper from Two and a Half Men?

Back in 2010, Angus was making a whopping $250,000 per episode, which made him the highest-paid child actor in TV history. Sadly, some behind-the-scene drama and a sudden change in Jones’s beliefs led to the hit series’ demise.