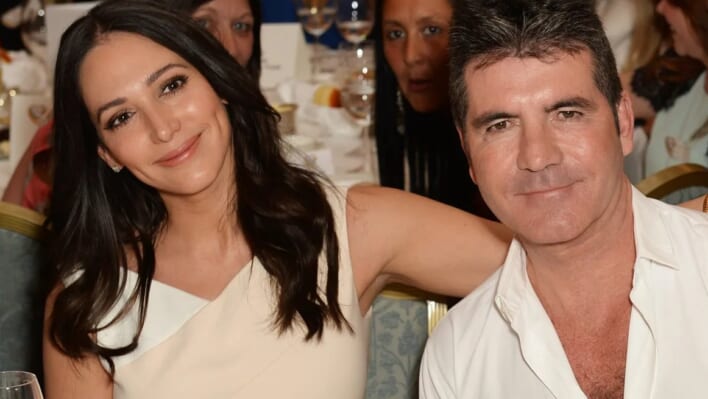 Lauren Silverman and Simon Cowell’s love story has an unorthodox start, to say the least.
By Barbara Pavone    December 31, 2022

Lauren Silverman and Simon Cowell’s love story has an unorthodox start, to say the least.

Simon Cowell is no stranger to making headlines. Whether it’s the story of how he lost everything at age 32, the horrifying reason he quit botox, or his unique judging style (complete with unforgettable insults galore), Cowell has given folks plenty to talk about.

RELATED: Henry Cavill and Girlfriend Natalie Viscuso Are Heating Up – Who Is the Woman Who Stole Superman’s Heart?

However, it was in 2013 that the America’s Got Talent judge experienced one of the biggest media storms of his career. That July, Us Weekly learned that Cowell was expecting a baby with a woman named Lauren Silverman who just so happened to be married to one of his friends. Not surprisingly, scandal enveloped the couple, but they stuck by each other and, a decade later, they’re still together.

So who is Lauren Silverman and how did she turn Cowell — who never believed in marriage — into a devoted partner? Here’s everything you need to know.

Who Is Lauren Silverman?

Despite her news-making romance with Simon Cowell, Lauren Silverman has managed to keep a relatively low profile. What we do know about her is that she’s a New York socialite and a mother of two boys.

RELATED: Elizabeth Holmes Faces 20 Years in Prison, Her Husband Stands by Her – Who Is Billy Evans?

Lauren had her eldest son Adam Silverman in 2006 with her then-husband, real estate mogul Andrew Silverman. She later gave birth to Simon Cowell’s son, Eric Cowell, in February 2014, per Us Weekly.

How Did Lauren Silverman and Simon Cowell Meet?

Lauren Silverman and Simon Cowell’s relationship had an unorthodox beginning, to say the least. The TV judge first met Silverman and her then-husband, Andrew Silverman, at Barbados’ Sandy Lane Resort in 2004. He was dating Terri Seymour at the time and he and the Silvermans were just friends at first. However, things reportedly turned romantic between Lauren and Cowell in 2009.

RELATED: Who Is Katie Holmes’ Boyfriend? What You Need to Know About Bobby Wooten

Jump to July 2013 and Lauren became a household name when it was revealed that she and Cowell were expecting a baby, despite her being married. At the time, a source assured Us Weekly that “Lauren and Andrew have been unhappy in their marriage for some time, and their divorce has been in the works for a while.” Indeed, Andrew filed for divorce and it was finalized that November.

The American Idol alum initially kept quiet, but he later addressed the scandal, telling Mirror in 2014 that he regretted the infidelity. “It is not something I am proud of or wanted to happen in terms of hurting anyone,” he shared. “You have to deal with it and man up to it. You have to accept the responsibility and the criticism.”

It’s a sentiment he repeated to Mail on Sunday as he adamantly proclaimed, “I’m not proud of the circumstances; I can’t hold my head up about it.”

However, there was a silver lining: his son, Eric. “This was not something I planned, but I remember going to the first scan with Lauren and I called him Tad because he looked like a tadpole,” he reminisced. That’s when “something just kicked in. I felt unbelievably protective of both of them. I just absolutely wanted him. I just hadn’t known that before,” he said.

Simon Cowell is the first to admit he never planned to have a child, but fatherhood had an unexpected — and very positive — impact on him. As he told MailOnline, “People have asked me if I have changed since I have had Eric and of course you do, you can’t help it. In a very positive way you start […] looking at the world through his eyes as well,” he shared.

RELATED: Who Is Ariana Grande Married To? Meet Her Husband, Dalton Gomez

Similarly, marriage was not something he saw in his future either. Back in 2008, he proclaimed, “I don’t believe in marriage, certainly not in this business.” Why? Because according to a cynical Cowell, “The truth is that you get married and in a year or two they clean you out! It’s just not going to work.”

Well, meeting Lauren Silverman changed all that. As one insider told The Sun, their romance started in a messy way but the result has been pure joy. “Simon and Lauren are ridiculously, nauseatingly in love,” they said.

Indeed, the shift in Cowell’s outlook on love and family was made clear in 2018 when he accepted his star on the Hollywood Walk of Fame. A decade after he first made that anti-marriage statement, he couldn’t help but gush about how great it is to have a partner. “Lauren, you’ve been my rock for the past few years,” he enthused.

The 2020 COVID-19 lockdown proved to be a real make-or-break situation for many couples. For Simon Cowell and Lauren Silverman, it brought them closer together. Calling it “a real test,” the TV personality told MailOnline, “We were in lockdown for a long time and that’s when you realize whether or not you actually enjoy each other’s company or not — we really, really did.”

RELATED: Who Is Tara Lynn Wilson? What to Know About Chris Noth’s Wife

Spending so much time together also made him realize that “family is everything.” But it wasn’t just the pandemic that strengthened the couple’s union. In 2020, Cowell had an e-bike accident that left him with a broken back. Lauren was right by his side through the arduous recovery and, according to Cowell’s brother, Tony, “That accident was the catalyst for Simon. He began to think about his future, and who to share it with.”

Once Simon Cowell realized how special his partner was, he decided to do something he said he never would: get married. At the end of 2021, he proposed to Lauren Silverman because, as one source told The Sun, “Whilst Simon never thought he was the marrying type, he’s realized he’s met the woman of his dreams and couldn’t be happier.” So he decided to put a ring on it.

They were vacationing in Barbados when, on Christmas Eve 2021, he popped the question. Both of Lauren’s sons were present and, as Cowell later told Entertainment Tonight, Eric helped plan the whole thing. “One hundred percent he had to coach me,” he shared. “He was a big part of it.”

As for Lauren, she “never in a million years expected Simon to pop the question,” but said “Yes!” right away.

Shortly after his engagement was made public, Simon Cowell told Mirror he would be a hands-on groom. “I am planning it all, otherwise I know what will happen: There will be 600 people and it’ll get out of control, like my 50th birthday party,” he quipped.

RELATED: Who Is Rumi and Why Did Beyoncé and Jay-Z Name Their Daughter After Him?

In August 2022, he told Entertainment Tonight, “I am always wedding planning,” however, as of December 2022, he and his fiancée had yet to walk down the aisle. When The Sun pressed him to find out if the nuptials would happen in 2023, he refused to answer. “I’m not going there because I’ll get into too much trouble,” he joked.

Life doesn’t always follow a clear-cut path and neither does love. As Simon Cowell and Lauren Silverman’s relationship shows us, romance can certainly be messy and complicated. At the same time, happiness and light can come from dark situations. As Cowell himself has said, the key is to own your mistakes without dismissing the blessings that may inadvertently come from them.