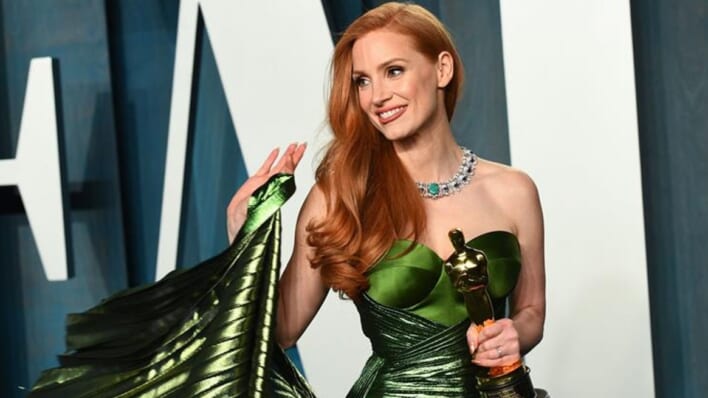 These 10 Celebrity Late Bloomers Prove Your Success Can Happen Today

Who says your greatest achievements can’t come later in life? Go easy on yourself, we’ve rounded up a list of ten celebrities who reached success and fame after 35.
By Flavia Medrut    July 29, 2022

Who says your greatest achievements can’t come later in life? Go easy on yourself, we’ve rounded up a list of ten celebrities who reached success and fame after 35.

Not all of us are lucky enough to achieve everything we’ve planned by a certain age. Most people in their 30s are anything but satisfied with how life has unfolded. We plan a linear life for ourselves and once that’s interrupted it’s easy to feel lost and want to give up, panic ensues, and the thought it’s already too late to give it another shot takes hold.

Many by the age of 30 expect to be engaged or married, have a successful career, maybe a family, have traveled the world, own a home, and all of this while financially stable. Sadly, it’s impossible to control these things, sometimes life doesn’t turn out the way we thought.

Instead of comparing your life with your friends who have somehow managed to achieve everything you’ve planned for yourself, take a look at these ten celebrity late bloomers.

There’s something uniquely inspiring about celebrities who haven’t made it big overnight. Just like you, they’ve felt overwhelmed and ready to give up but they kept on going until their perseverance and hard work paid off, even if it probably felt like a lifetime before striking it big.

Long before Jon Hamm landed the role of a lifetime, he was just another struggling actor who almost gave up on his dream. Up until his big breakthrough, Jon had some small appearances on the likes of The Big Date and Ally McBeal. Hamm always dreamed about becoming a famous actor, but it just seemed like it wasn’t going to happen for him.

RELATED: How to be Successful: 16 Habits to Help You Succeed in Life

Luckily, at the age of 36, Jon was cast as the iconic Don Draper in the Mad Men series (2007), and that’s when his career took off. Honestly, we can’t imagine anyone else playing this character and we’re so glad he didn’t give up on his acting career. Sometimes you just need to have a little more patience, the right opportunity will come at the right time.

Harrison Ford never gave up on his ambition of becoming an actor, but in order to help make ends meet, for the first half of his life, Ford was a self-taught carpenter.

RELATED: 25 Motivational Harrison Ford Quotes on Designing Your Own Life

By pure chance, Ford was doing some woodworking at a studio where George Lucas was auditioning actors for a space film called Star Wars. Lucas has previously worked with the aspiring actor on a small role in his previous film American Graffiti. Since he was already on the movie set, Lucas asked Ford to read some scenes for the role of Han Solo. And as they say, the rest is history.

By the way, Harrison Ford was 35 at the time.

Kathy Bates was a great theater actor during the 70s and the 80s and she even got a Tony nomination for her performance in Night Mother.

Nowadays, whatever you’re watching with Kathy Bates, you know it’s going to be good. However, the actress’ Hollywood breakthrough didn’t come until she was 42 when she played the crazed fan of an author in the film adaptation of Stephen King’s Misery. For her performance, Kathy actually won an Academy Award for Best Actress. See? It’s never too late to show just how good you are at what you do.

Leslie Jones started her career as a stand-up comedian. She began making a name for herself in 1987 when she took her first professional gig and opened up for Jamie Foxx.

However, her big break happened in 2014 when she joined SNL after she was initially selected to be a writer. Leslie Jones was 47 at the time.

RELATED: The 6 Things You Must Do Every Day to Be Successful, According to Self-Made Billionaires

In 2016 she took a role in the all-female Ghostbusters remake. The movie got some serious sexist and racist comments online, which left Leslie in tears but thanks to fans and friends, Leslie is okay now, “I always get back up!”

Jane Lynch Was Best In Show

Funny Jane Lynch spent around 15 years in Chicago theaters before appearing on the small screen. She received some small roles in the 80s and 90s, but it was in 2000 that Lynch really began to rise. The actress was 40 years old when she was cast in the Christopher Guest mockumentary Best In Show.

RELATED: According to Bill Gates and Warren Buffett, Breaking This Bad Habit Is the Key Element of Success

Ever since then, Jane doesn’t let any opportunity go by, no matter how small. She simply seems to be everywhere, but you probably know her better from the hit Fox series, Glee.

Steve Carell Nails It in The Office

Just like many other actors, Steve Carell worked a lot of odd jobs while building his acting career. In the 90s Carell used to do small bit parts here and there and even though his face might have been familiar due to his role as writer and correspondent on Comedy Central’s The Daily Show With Jon Stewart, he didn’t reach fame until later in life.

RELATED: Steve Carell and Nancy Carell Prove The Power of Laughing Together

Steve was 43 when he finally had the chance to put his acting skills and comedic genius on the map, as Michael Scott in NBC’s The Office (2005). From then on, Carell received the leading role in many comedies and even got an Oscar nomination for starring in Foxcatcher (2014).

Known for his remarkable roles in movies such as A Time to Kill and Jurassic Park. Samuel L. Jackson is one of Hollywood’s biggest stars. But the reputation he now has as an actor wasn’t easy to build. Samuel had a background in social activism before he thought of an acting career. During the 70s and the 80s, Jackson had small roles in theaters and films.

However, it was at the age of 43 that Jackson finally received critical attention for his role in Jungle Fever (1991) and then leaped to the A-list with Tarantino’s Pulp Fiction (1994). Since then, the actor has had no problems in getting other major roles and we’ve heard that he’s doing quite well at the box office.

Jessica Chastain is quite a popular actress today, but it was fairly recently that she made a name for herself. Trained at Juilliard with a scholarship that was sponsored by none other than Robin Williams, the actress gained worldwide fame for her talent in 2011 after performing in The Tree of Life and The Help (for which she received an Oscar nomination).

Jessica was 34 when she found recognition. Weirdly enough it appears that one of the obstacles that kept Chastain from reaching stardom was her natural red hair color and not having “very conventionally modern looks.” Needless to say, this is hard to believe.

Alan Rickman as the Perfect Villain in Die Hard

The late, great Alan Rickman has had so many incredible roles during his acting career that it’s hard to believe he wasn’t always famous. But before becoming a Hollywood star, Rickman was a graphic designer.

We’ll forever remember him for playing the beloved conflicted hero in Harry Potter, or the plain jerk in Love Actually. However, Alan Rickman’s first cinematic win was for his role in Die Hard. So Rickman was 42 when he got his big breakthrough.

While nowadays Stan Lee’s superheroes and stories dominate pop culture, it hasn’t always been like that.

RELATED: How the World’s Most Successful People Set Goals

The creator of the incredible Marvel Universe penned many comics but real success came at the age of 39 when Lee and Jack Kirby created the hugely popular Fantastic Four. What followed is history, as Lee managed to turn a small division of a publishing house into a multimedia corporation. In 2008, the MCU launched the premiere of Iron Man, which made Lee’s characters even more famous than they were on paper.

No matter what is on your list of goals to accomplish, it’s never too late to keep trying.